Understanding Spain: The Context of the Civil War

Spain, 1936. A fascist led group of the Spanish Army stages a coup d’etat which ends in failure thanks to soldiers royal to the Republic. However, extreme-right militants supporters across Spain join the fascist coup and conquer several regions all around the country, while many others stay in the Republican side.  The Spanish Civil War starts.

But, who where them? Who did they represent? Landowners, the Spanish Catholic Church, a great part of the reactionary right wing. Conservatism, sexism, exploitation and a monolithic reactionary ideology.  Those were the fascists represented by General Franco and his allies.

Communists, socialists, anarchists, moderate left, centrists even… progress, industrialization, education, feminism, science. These were the Republicans, elected by the Spanish people in the democratic elections which took place some months ago, under the left-wing party of Frente Popular (Popular Front).

Why? And how? The Second Republic was born in 1931. Before then, the Monarchy had returned after the extreme-right dictatorship of Primo de Rivera, who ruled the country between 1923 and 1930 with the approval of the king himself, who substituted him for a few months.

The attempts of the monarch to maintain the nobility, landowners and church in power could not hold the progressive impulse of the Spanish people. For the last century, intellectuals, workers and farmers started giving importance to the idea of the Republic as a symbol of progress, of a new bright future away from the Great Depression, the old times of the Spanish Inquisition and the ruling of kings and queens who had nothing to do with the people. Spain, a flourishing empire back in the 16th century, was immersed in one of its biggest crisis. Hundreds of years of monarchy and nobility which appropriated the treasures of colonisation and trade with the sole purpose of spending it on luxurious products and fancy lives.

Gaspar Melchor de Jovellanos, progressive politician and writer, had alredy attempted to bring the Enlightment in the very end of the 18th century –which was alredy present everywhere in Europe– to Spain. Jovellanos and many other intellectuals tried to

The Church blocked any kind of scientific or social advance which may threaten the existing ruling order. The Catholic Church, affirming to be the representatives of God on Earth, made strong efforts to keep the Spanish people under the yoke of ignorance in order to make them docile towards those holding the power. Jovellanos’ attempt to bring progress to Spain resulted in failure.

However, the spirit of progress remained in books, stories and art, let alone the struggle of the Spanish workers and farmers. Francisco de Goya, Concepción Arenal, Ramón María del Valle-Inclán… Intellectuals who criticized the reactionary class who controlled Spain, who dared to challenge the Catholic Church despite the Inquisition which had already taken the life of thousands of Spaniards… The next generation was ready to inherit the responsibility of making Spain grow culturally, economically and socially.  It was the perfect time for them to fight for a change. A change for good.

Right to vote for women was recognized for the first time in Spain with the Republican Constitution of 1931 and Clara Campoamor was the first female MP ever elected in the Spanish Parliament. Clara and other women advocated for women rights, putting women rights on the table again. Some agrarian reforms were passed in the Parliament, followed by debates about the nationalization of key industries, and several strikes resulted in the improvement of workers’ and farmers’ rights.

Poets as the ones belonging to the Auden Generation, writers as Hemingway or Orwell, philosophers as Jean-Paul Sartre or Albert Camus, politicians as Tito or the future president of Germany Willy Brandt and many others positioned themselves along with the Republic.

International support and concern anticipated the bloody war and its international implications. Nazi and fascist regimes of Germany and Italy, the passivity of France, England and the United States… The Republic was practically alone against fascism, with the exception of the USSR and Mexico. But the artists, poets, workers and farmers from all around the world would make sure the Republic stood. 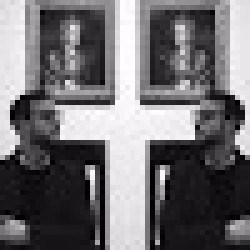